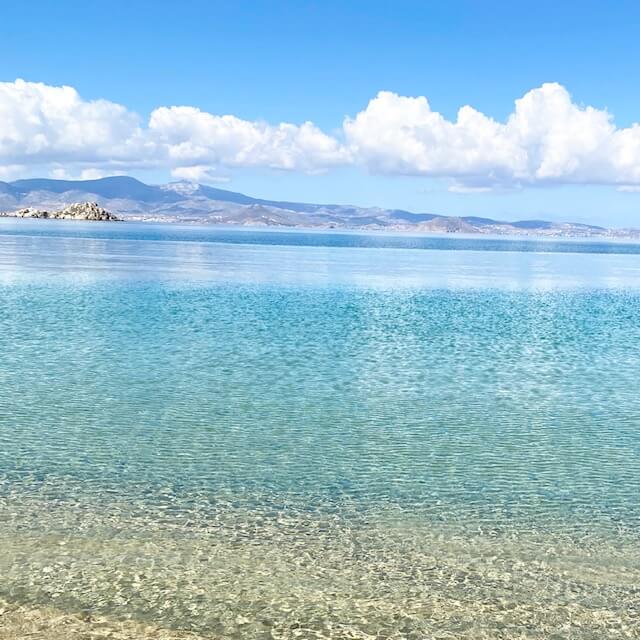 As I write this I’m sitting in the garden of the most beautiful housesit in Greece. I’ve ended up house and pet sitting here rather serendipitously while I was already on Naxos island, so I wanted to tell you the story.

I came out to Greece for about two weeks in October. I was between housesits and had just over two weeks with no bookings. I don’t normally book short sits weeks or months in advance because it can be tricky to get sits that then fit the exact dates I have available. Sometimes I manage it but generally tacking new sits on to the end of existing bookings is easier.

Anyway, on this occasion I’d been invited back to sit at a beautiful home in Devon. The cat was a cutie and I loved the thatched cottage. So, although I don’t normally, I agreed to a 5-day sit about 6 weeks later. In the end I still had this fortnight gap and decided to spend it somewhere cheaper than London.

I planned a last minute trip to Turkey to cross off bucket list item number 9 – Take a hot air balloon ride at sunrise in Cappadocia, Turkey. The morning of the flight everything felt wrong and I didn’t go to the airport. At the ridiculously 11th hour I rebooked for Greece instead. It’s just as well, since the day after I was due to arrive in Turkey the travel rules changed. I would have had to leave three days later or quarantine for 14 days on my return to the UK .

While travel to and from Turkey was being restricted, it was easing up for Greece. The islands I was visiting were ok but some of the others required a quarantine on return to the UK. I’d been a bit worried that more of the islands would be affected after the Turkey changes but that opposite happened. When I did finally return to the UK I don’t think travellers to any areas of Greece had to quarantine in England.

While I was visiting a Greek housesit did actually come up on TrustedHousesitters. It was for Paros, the island I was moving to for a few days before heading back to England. The dates worked with the Devon sit I was going back for and it was for one dog and several rescue cats. When I saw the sit I realised how much I wanted to return to Greece. This sit sounded like a great opportunity for me to do that so I applying for it was a no brainer.

After a couple of messages back and forth the owner asked me to go and meet her and her pets when I arrived on the island. She offered to pick me up from the port which is a typically kind, TrustedHousesitter owner type of thing to do.

However, before I got there the lady had chosen another couple. There was some issue with the dog and she decided she wanted a couple to stay rather than a solo sitter. She thought it would make catching a runaway dog easier with two people than one. Sounds like the right decision!

By the time I made it to Paros I knew for sure that I wanted to come back and stay longer in Greece. Thanks to COVID, the number of housesits coming up in the UK dropped dramatically after September. Those that were available had tentative dates.

Owners were really transparent about the fact the sit could be cancelled at short notice but it would still have made life a bit difficult for me. Sits further afield were getting trickier too due to quarantine requirements or restrictions on travellers between countries.

With all the uncertainty I decided to take a break from house sitting for a while. It seemed sensible to return to Greece to ride out the storm since I suspected the UK would go back into lockdown. My mental health really suffered the first time around and if I was going to be in lockdown again I wanted to be somewhere that I felt I could breathe.

After 5 days in Devon and a quick stop in London I flew back to Athens. At the airport my QR code must have flagged up that I’d travelled recently as I was directed to the side for a COVID test. Thankfully it wasn’t too traumatic. The hazmat suit-clad person only put the swab down my throat, not up my nose. I never heard anything further so the test must have been negative.

Making Naxos My Next Home

I returned to the studio I’d stayed in previously. It had nice chunky, handmade, pine furniture that gave it a Nordic feel. The sunset view from the balcony was amazing and it was nice and peaceful. On the downside there was just the tiniest of kitchenettes and after a couple of months I was yearning for some proper space. My renewal date was coming up and I decided that I wanted to have a little upgrade.

The next day I was chatting with a volunteer from the island’s cat protection charity. (I was rescuing some cats, a blog for another day!) in conversion I mentioned I was looking to move elsewhere. She told me she knew someone who might be able to help. I was introduced to a friend and by 2pm that afternoon I had keys in my hand for a new home.

This house and pet sitting situation is a bit different to normal for two reasons. Firstly I serendipitously attracted it rather than going the more tangible route of applying for it. Secondly it’s different to normal because the house isn’t occupied year round. It’s a rental property in the summer and doesn’t have permanent residents in the winter.

Here is it on Airbnb.

However, the lady who owns it had rescued two blind kittens from the side of the road. It’s normal here for cats to live outside in the bins and not as pets in the house. (Which just breaks my heart.)

These two little kitties were living in the studio adjoining the house and she was coming up to feed them twice a day. She was also feeding some outdoor cats for the neighbour who isn’t permanently on the island.

So having me come and stay in the house meant that she’d be relieved if the cat feeding duties. I’ve taken these on as I would for a normal house and pet sitting assignment and I was also able bring with me the six cats I’d been looking after at the other accommodation.

The property is beautiful. It has an open plan kitchen and living room, two bedrooms a dining room and a bathroom. It has a lovely outdoor space with a huge dining table and a few separate seating areas.

Importantly it’s peaceful and has an even more fabulous sunset view than I had before. The only potential drawback of being on a hill with a beautiful view is traipsing up said hill! My butt is getting the best workout ever so it’s really not all bad.

I love being here and I’m so grateful to have been offered the home. Some people have said my luck is great. But the thing is, it’s like my internal belief system/thermostat is now conditioned to believe that people give me lovely homes to stay in and look after their pets. And so it kicked in when that changed.

If you’re looking for a more tangible way to start house and pet sitting I recommend getting yourself on TrustedHousesitters.

If you want to know how to become a house sitter in the UK (or elsewhere) I’ll explain in this post how I got started. Having done 65 house sits since December 2017 you’ll need to grab a cuppa because it’s a long one stuffed with all the info you need to get started as…

What does a house sitter do, Suzie? What does it actually mean to be a house sitter? Is house sitting your job? These are the types of questions people fire at me when they hear about my living arrangements! If these come to mind for you too, let me answer the question of what house… 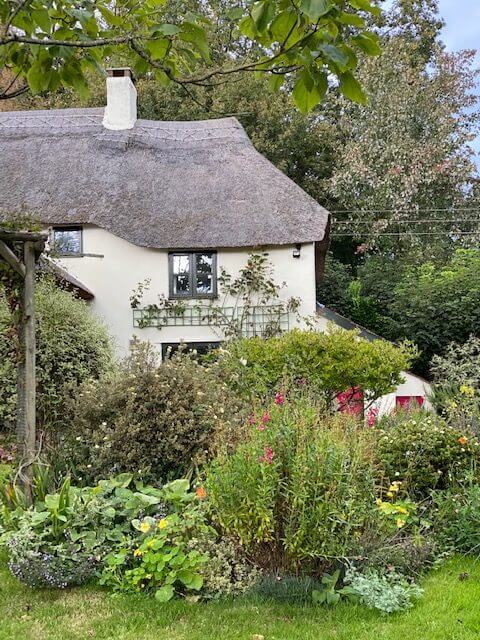 I was talking about house sitting over on TikTok and someone asked me where house sitters live between sits. It’s a good question and the answer depends on what kind of sitter they are. I personally have stayed in some really fun places that I’ll share with you in this post! Full-time house sitters or… 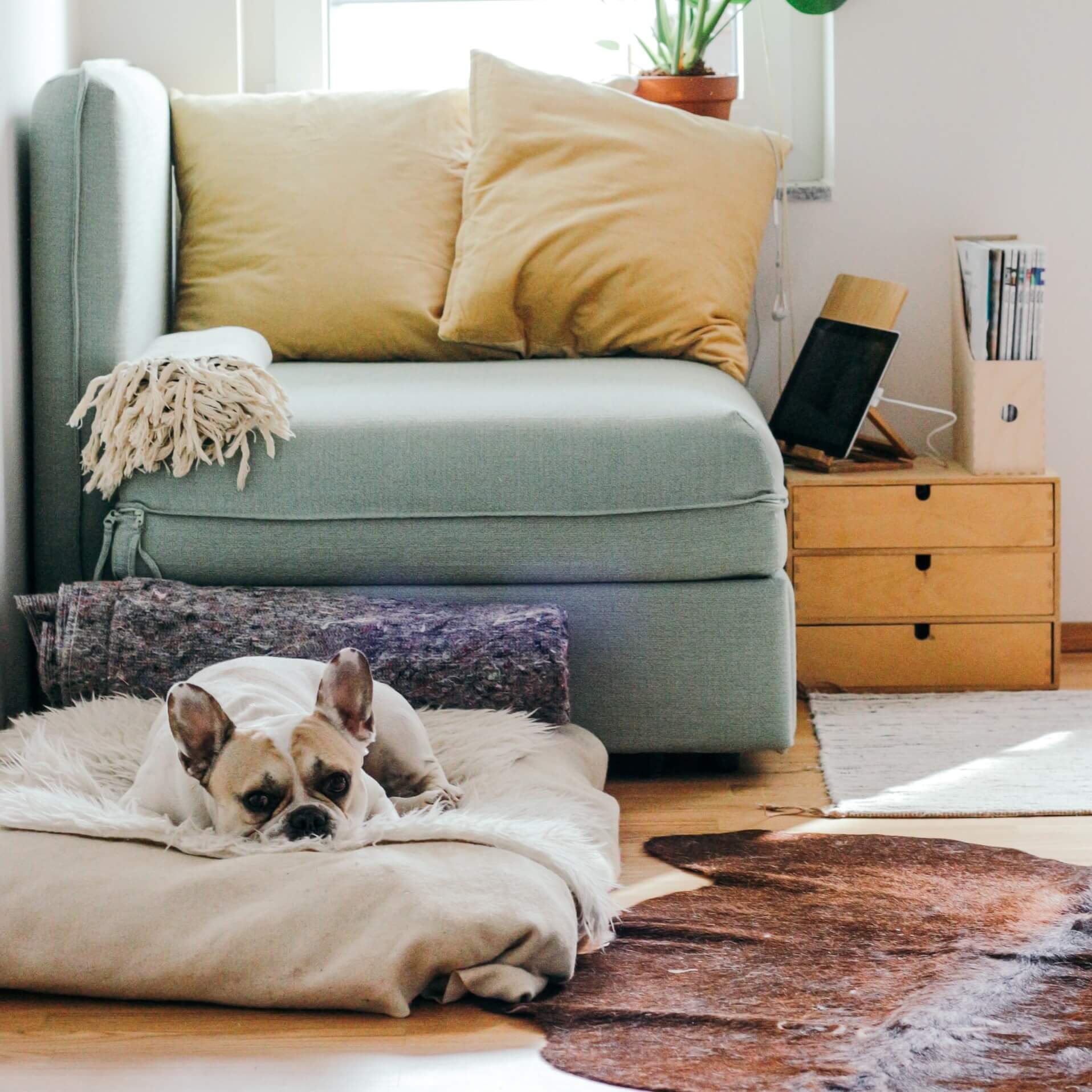 If you discovered the concept of pet sitters that stay in your home, either as a potential house sitter or as a pet owner who’d like to hire one, you might have some questions. Is house sitting safe, how does it work, where do I find listings? Here are the answers to some common questions…